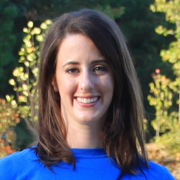 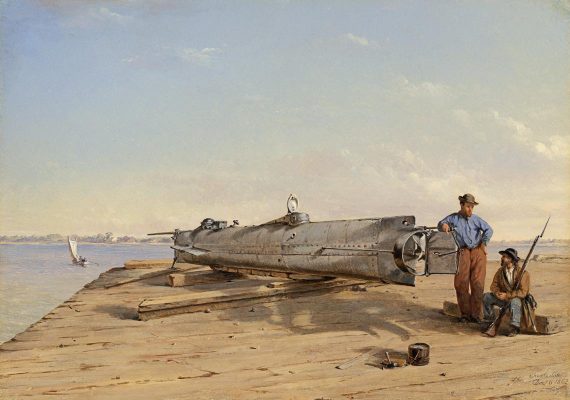 A guest post by Rachel Lance, a Duke researcher who studies biomedical engineering.

Recently, my co-authors and I decided to publish our third and final paper in the Hunley series open access. This series of three papers addressed the various theories to explain the sinking of the Civil War submarine H.L. Hunley, which famously sank a Union ship in 1864 then disappeared off the coast of Charleston, South Carolina. The final paper, scheduled for publication in PLOS One, described our theory to explain the mystery of the submarine’s sinking, and the experimental evidence we had gathered that showed we were correct. This research was part of my PhD dissertation, and was performed alongside my co-authors as part of the Injury Biomechanics Lab at Duke, led by Dale Bass. The lab studies the mechanisms by which people are injured and killed. Several members of the lab, myself included, have studied blast-related trauma. Other lab subjects include head and neck trauma from car crashes, and sports-related traumatic brain injuries.

We have been very lucky that there is a large level of public interest in the mystery of the Hunley, because it allowed us access to funding and motivated people to volunteer their time and resources to helping us complete the work. The preliminary publications have already garnered some media attention even though they do not yet solve the mystery. So, when it came time to select a journal, choosing an open access journal seemed a natural choice to allow everyone who had an interest to download and read the full publication. By publishing open access, everyone who wants to know more about the mystery and its science has easy, free access to it regardless of their background or affiliation. However, the entire project budget was only $4,000, so any additional expenditures such as open access fees would have needed to come out of discretionary funds that could have also been used for other research. The COPE fund provides a crucial resource to prevent scientists from having to make that decision in the first place.

Often peoples’ only exposure to science is to read summarized blurbs that have been processed by media outlets, and this method often can be sufficient, but open access publishing allows those who are truly interested to delve much further. It can only be helpful to better understand the underlying methods and analyses that were used to draw the conclusions in the summarized blurbs, and often people who may be interested in the science but do not work at a university are deterred by steep journal paywalls. Publishing open access means that everyone can download the science and judge for themselves; everyone can read whether the experiments were properly controlled, or that they used a small sample size and therefore need to be considered preliminary. With the ease of access to misinformation that is created by the open nature of the internet, open access academic publishing is a crucial step towards providing peer-reviewed, thoroughly vetted resources that are as equally available to everyone researching a question online. The COPE fund at Duke provides essential funds that have helped our paper, and many others, be released open access.

The article was featured in Duke Today and a copy is also available for download Duke’s open access repository, DukeSpace.

The article has also received attention from these sources: